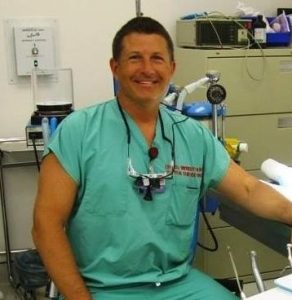 Dr. Stephen Galloway has practiced veterinary dentistry for over 20 years, and he is one of six Veterinary Dentistry Specialists with board certification in both large and small animal dentistry. In addition to cats, dogs, and horses, his practice experience includes other species such as pocket pets, farm animals, and exotic/zoo animals.

Dr. Galloway grew up in Memphis. He graduated from the United States Military Academy at West Point in 1986 and served as a US Army Infantry officer before entering the veterinary profession. He is proud to be a veteran, whose military awards include the Purple Heart Medal, Combat Infantryman’s Badge, Master Parachutist Badge, Pathfinder Badge, and Ranger Tab. Following military service, Dr. Stephen attended North Carolina State University College of Veterinary Medicine, receiving his DVM in 1996. He practiced in the Texas Panhandle before returning home to the Midsouth and opening Animal Care Hospital in Oakland, TN in March 2001.

Seeing the impact of oral healthcare upon the systemic health and well-being of his patients motivated Dr. Galloway to seek specialty training in dentistry and orofacial surgery. He is a Diplomate of the American Veterinary Dental College with board-certification in both the Small Animal and the Equine Specialties and is also an Equine Fellow of the Academy of Veterinary Dentistry.

Dr. Stephen actively promotes professional veterinary oral healthcare as part of overall patient healthcare. He has taught at universities and veterinary meetings internationally, as well as conducted research and authored articles in textbooks and peer-reviewed journals.

Dr. Stephen met his wife Dr. Melanie Galloway in vet school. They have a litter of children (triplets), live on a farm in Fayette County, and enjoy outdoor activities. 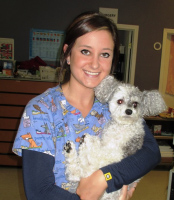 Hannah is the head small animal technician at ADCS and has practiced with Dr. Galloway since 2013. She grew up in Tipton County, TN and earned her degree in Veterinary Technology from Penn Foster College while working as a veterinary assistant. When not taking care of her patients, Hannah likes to spend time with furbabies, Laila and Ember, and her friends. 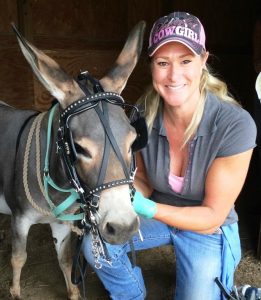 Allison is the head technician at ADCS and has practiced with Dr. Galloway since 2002. Allison has experience caring for numerous animal species, but is especially fond of cats & horses..

Allison grew up in Fayette County, TN. She graduated from Fayette Academy, went on to play basketball in college at Oral Roberts University in Oklahoma, and finished out her basketball career at the University of Montevallo in Alabama. In 2005 she received her degree in Veterinary Technology from St. Petersburg College in Florida. Allison resides in Bolivar, TN with her four-legged children (3 cats, 4 dogs, and 4 horses). When not taking care of her patients, she enjoys many other activities such as horseback riding, spending time on the water, going to concerts, and traveling.

Allison was selected as the Memphis/Shelby County Veterinary Medical Association Licensed Technician of the Year 2006.